Poppleton Forever: Cynthia Rylant has been one of my favorite children's authors ever since I was introduced to her Mr. Putter & Tabby series when Gregory was in first grade. I've also read the boys some of her stories about Poppleton, a pig. Yesterday I read Poppleton Forever to Matthew and he read Mr. Putter and Tabby Row the Boat. I am so impressed with how far he has come with his reading! In Poppleton Forever I was reminded of one of the projects David did in Mrs. Mazie's class at Sicomac. Parents were asked to come in one day and work with their child to build a bird feeder. The kids had to use tools from home. David used a plastic soda bottle and wound wire around the outside and decorated it with pony beads. I'm going to try to dig up a picture. In Poppleton Forever, I saw the perfect story to Read Aloud before beginning a project like this. Poppleton plants a tree which isn't growing well. He asks each of his friends what the tree needs, and Cherry Sue has the answer.

Mr. Putter and Tabby Walk the Dog: My second-grader had a simple homework sheet attached to his packet that became more complicated because it lacked any context whatsoever. There was a simple chart showing that sentences have two parts, a naming part and an action part. Following that, there was an 8 or so sentence paragraph discussing a new puppy that came home. After the first sentence, most of the remaining sentences were missing the "naming part." Directions asked students to include a subject ---- or naming part. Without context, my son had no idea what he was being asked to do.

So this is what I came up with as an alternative. 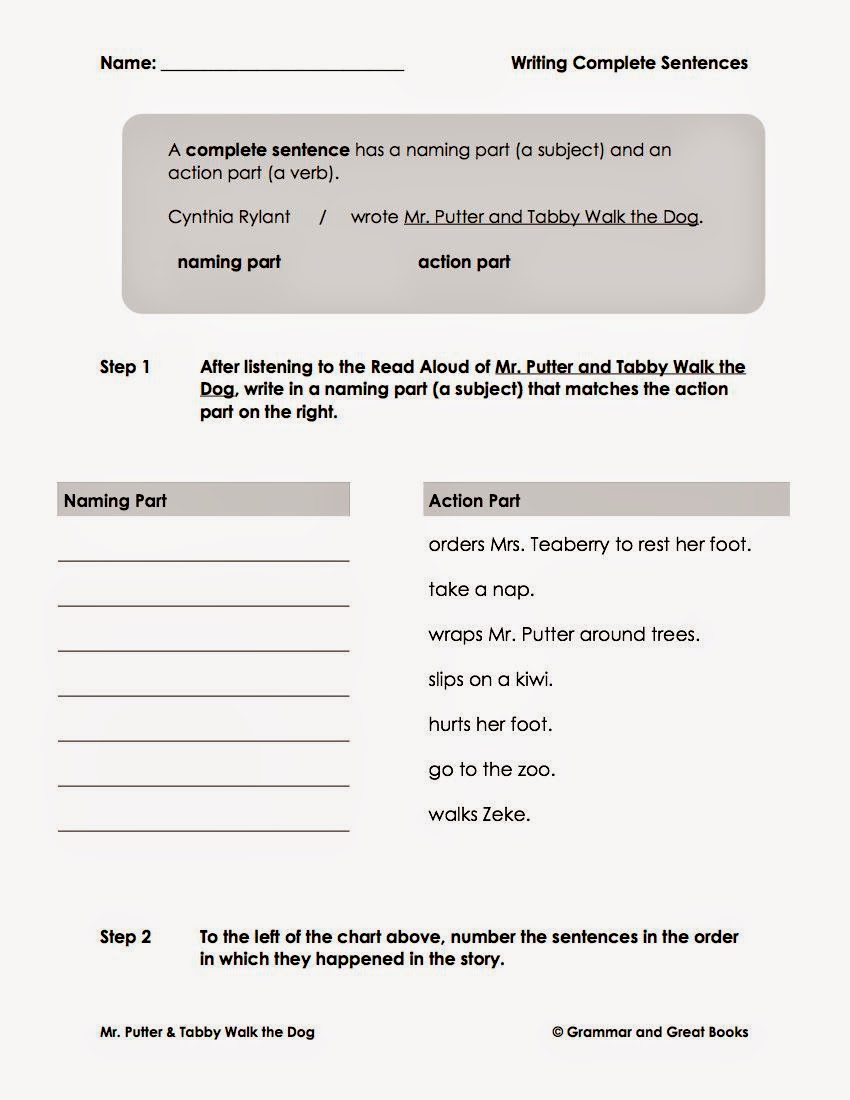 I asked my son to complete the worksheet and witnessed first hand how a beloved story essentially taught the grammar.

It's a freebie for now, but after I get through my long list of books, I hope to compile something special for Cynthia Rylant's early chapter books.
at 7:23 AM No comments: